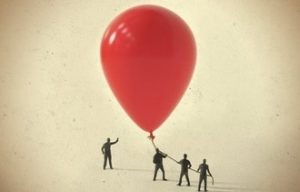 I love this Dale Carnegie saying. It is concentrating on the small jobs and the big ones will tend to themselves. It is like all of the effort dealing with small jobs will make the big ones almost solve themselves, automatically.

Is it possible that the smaller jobs are easier? Possibly. Is it that you can maximize your effort on the bigger jobs by breaking them down into smaller chunks? Possibly. I believe that even though some jobs are smaller and some jobs are bigger, the effort to accomplish them may not be proportionate. In fact, the effort to accomplish a small job may be more than dealing with a big job. It may only seem smaller.

I recall when I was managing strata condominium complexes. My portfolio would be a mix of large buildings, 100 residential units or more, and smaller buildings less than 30 residential units. Strangely enough, the amount of effort in managing a smaller condominium strata building took more or the same amount of effort to manage a larger complex. You would think the effort would be proportionate, when in some cases it was the opposite.

This same rule applies to small and big jobs. The effort on a smaller one may be more than a big job, however, concentrate on the small jobs because the bigger ones will tend to themselves.