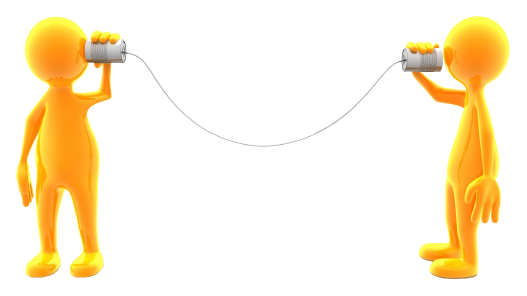 There were two really good examples of where the lack of communication or poor communication led to some less than expected results. One is about a funded project that did not materialize and the backers who felt robbed. The other is about the severe backlash which spread across the internet like wildfire, due to poor communication.

First, we all communicate on a daily basis. Communication is very important because it informs people about things that they need to know or be made aware of. The lack of communication can lead to a number of negative issues that you may not be prepared for. I communicate to my staff on a daily basis and weekly at my 20 Minute meetings. Do not expect people to initiate the communication with you. Sometimes, you have to drag it out of them.

Now the two stories are important in that the lack of communication or poor communication can have lasting negative impressions about you, your company and your brand. Once they are tarnished, it is very difficult to polish them back up to their original luster.

The first story involved a Kickstarter project to develop a game which allowed the user to learn programming. A very novel idea and highly funded. However, the initiator’s lack of management did not prepare him for the harsh reality of, “people who give you money for a project expect results – positive or negative”. He ran into trouble, put all of the funding into the project but had nothing to share with his funders. The funders assumed he ran off with their money because: He did not communicate with them on the progress of the project – good or bad.

The second story about communication or the poorly executed communication involved, Instagram. When I was surfing the net, I did not realize the backlash that was the result of Instagram’s poorly orchestrated roll-out of their new Terms of Service. There was miscommunication, a lack of communication and the overall “let’s not tell them , but lets simply roll it out” strategy. Needless to say there was negative press all over the internet and in printed media. Not the kind of PR you look for.